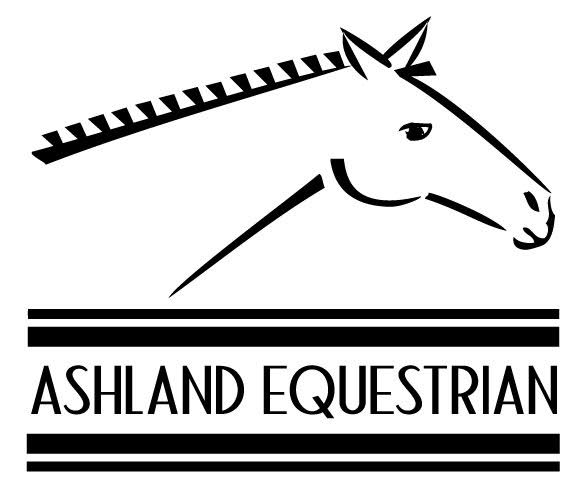 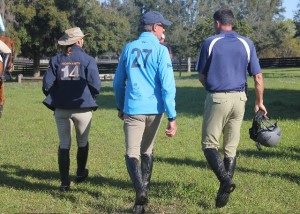 Welcome to EN’s third annual Rolex Rookies series! We’re thrilled to be profiling the new faces on the entry list for Rolex this year, and we couldn’t be more excited for these riders taking their first crack at Kentucky. We’ll be bringing you exclusive profiles on each Rookie pair, so keep checking back to learn more about the competitors you’ll see at Rolex.

From the very first time Ashley Johnson galloped Tactical Maneuver around a cross-country course, she had a feeling she might have four-star partner on her hands.
“When I bought him I thought I would re-sell him as a project,” she recalls of “Gucci,” her now 11-year-old OTTB gelding. “But at our first horse trials together at Rocking Horse he was so athletic and balanced and fun I thought to myself, ‘This is going to be my Rolex horse.’ I thought of him as my Ferrari.”
And now here they are, counting down the days until the biggest event of their lives: Rolex 2016.

“Am I on Cloud 9 or ready to puke? Definitely ready to puke — probably every day from here on in!,” Ashley says. “I get horrible state fright. I keep telling myself I have to keep focused for Gucci. He is a fantastic athlete and he deserves this!”

The event will be the apex of a relationship that began in 2011 when Ashley purchased the horse from Ciaran Thompson, an Irish eventer who was working for Bruce Davidson. As noted in Allie Conrad’s “Meet the Thoroughbreds Going to Rolex” earlier this month, Gucci is an OTTB who raced under the name Shykees Thunder. By Thunder Gulch, out of Chelle Spendabuck, he was pulled off the track by Katie Ruppel after a milquetoast run of 12 career starts. He placed in the top three only once, in a maiden claiming race at Penn National, and collected a grand total of $4,500 in earnings.

“The interesting thing is that he was racing up north, but when I got him to Prelim level I decided to investigate his pedigree more and find out where he was bred,” Ashley says. “It was 2011 and I had bought a farm (Ashland Equestrian) and moved to Ocala, Florida full-time. It turned out that he was bred about four miles from my farm at a place called Runnin’ Horse Farm!”

Their paths were clearly meant to cross. The pair has been steadily climbing their way up the levels ever since, culminating in several solid finishes at the three-star level.

“The build as far as our training has really been a multi-year process,” Ashley says. Ashley has been training with Bruce Davidson, whom she calls “the Godfather of eventing,” for almost a decade. “He has an unbelievable feel for producing a horse,” she says. “The amount of knowledge cached away in his brain is unbelievable and I always call him when I have questions. One of my all-time favorite Bruce quotes is, ‘You’re not out there to look pretty, just ride the horse!’”

She has supplemented that training with help from other top professionals: “Two summers ago I worked a lot on show jumping with Scott Keach during the off-season. In the winter months I try to take full advantage of the fact that Linda Zang comes to Ocala. This year she helped me practice about five million flying changes! She is a saint!

“This past year I have started working with Clayton Fredericks because he is in Ocala full-time. Clayton has done a great job adding more polish to our ride and I look forward to working with him more.”
Getting inside Gucci’s brain has been half the battle. As his barn name would imply, he is a striking horse — burnished bay with a long, flowing forelock and beautiful face that is set off by a double swirl — considered by many horsemen to be an earmark of equine sensitivity.
“Gucci has always been an exceptionally clever and brave cross country horse, but he can also get extremely hot, which has come into play more with dressage and show jumping, but also with cross country,” Ashley says. “As with most hot horses, the better I ride him, the calmer he stays. He likes to know that I know what I’m doing, which will be a challenge for both of us at Rolex since we are both four-star rookies!”

She recalls a story from when he was a two-star horse. At the time they had been sitting out shows to work on their skills and get stronger at home.
“He got really calm,” she says. “One day some of the other horses were going to a show so I threw him on the trailer to do flat work at the show. When he got there he was extremely offended and difficult to ride. He always lets you know his opinion about things. I realized it wasn’t just that we were at a show, it was that I hadn’t TOLD him in any way that we were going to a show.
“That was when I realized that he has a process and he likes to know what to expect. He is almost like a girl who likes to do her hair and makeup before she goes out. I am not that kind of girl, so I had to learn how to think like that for him.”

This spring Ashley has done her best to prepare Gucci for the task that lies ahead: Rolex. Their most recent FEI run was the CIC2* at Poplar Place in March, where they placed 4th.

“As far as conditioning, I do a lot of trotting with Gucci and save the wind work for horse trials and closer to big competitions,” she says. “He is generally a horse with a lot of stamina and if I get him too fit too early he just gets totally wild, so it is always a balancing act.”
Other cornerstones of Ashley’s management program are good shoeing, well-fitted saddles, and regular bodywork. “Those three things are as important as anything else in producing a strong, sound, fit horse,” she explains.

Here’s wishing Ashley and Gucci all the best in their final Rolex preparations. Go Eventing!